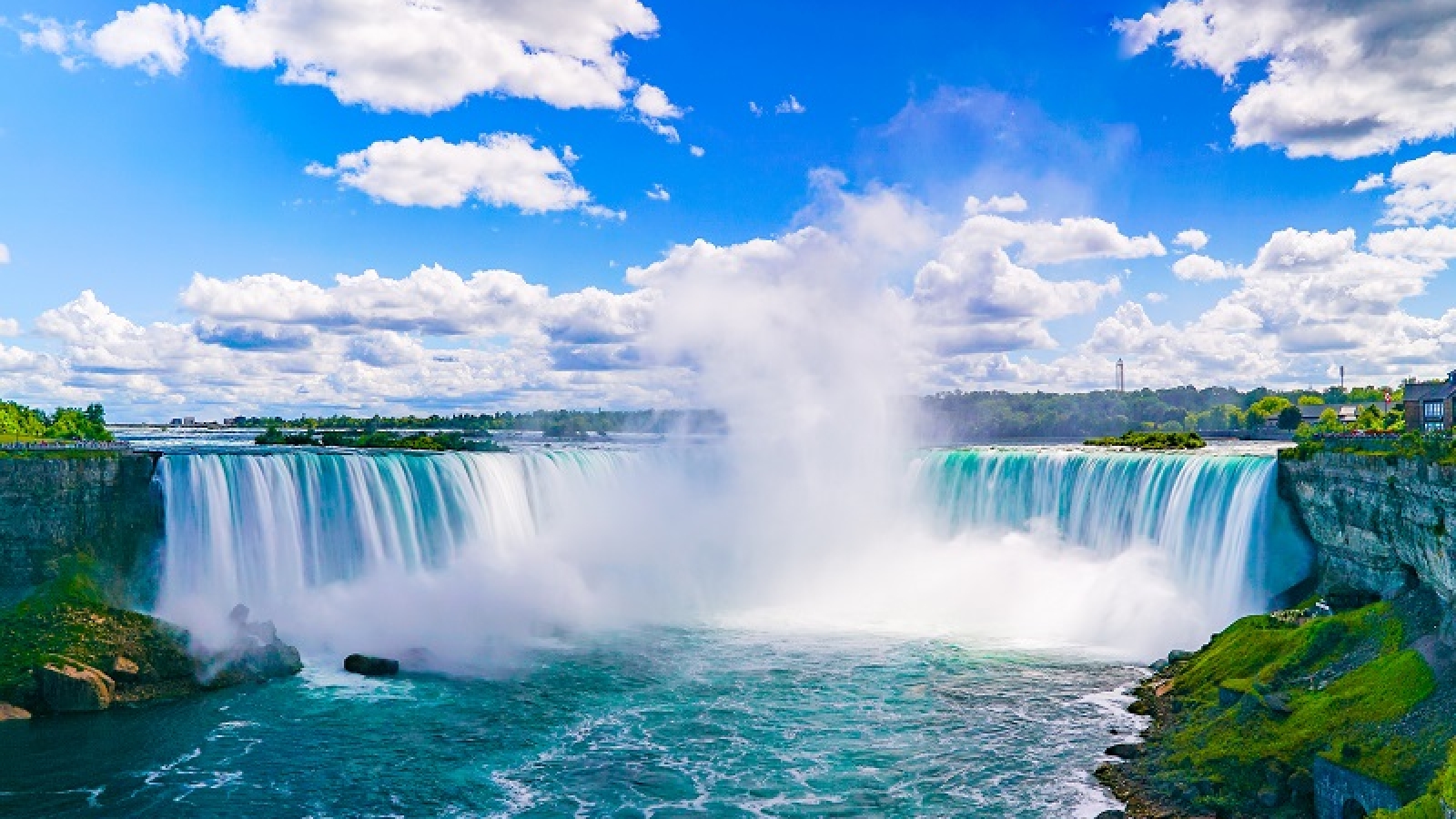 Many of you who visit the “City of Skyscrapers” with enough days to get away from the city, wonder how to go to Niagara Falls from New York. In this post, I will tell you about the different ways to get to what is undoubtedly one of the best National Parks in the United States, and one of the best excursions to do from New York.

The Falls of Niagara is located on the northeast border of the US and Canada. These are three large waterfalls that, although they do not stand out for their height, about 64 meters, if they do so due to the large volume of water that falls through them, since all the waters of the Great Lakes that separate the two countries flow through them.

GO TO NIAGARA FALLS FROM NEW YORK ON ORGANIZED EXCURSION

Perhaps the best option to go to Niagara Falls from New York is on an organized excursion. One of the most popular and recommended tours is the 5-day Circuit: Niagara, Toronto, 1000 islands, Philadelphia, Washington and Amish from City Travel, since, in addition to the falls, you will be able to know some of the most important places to see near New York and some of the most beautiful cities in the country.

Why choose an organized excursion to go to Niagara Falls from New York?

Approximately 645 kilometers separate New York from Niagara Falls if at this distance you add the fact that you cannot directly reach these natural wonders, but rather have to change trains, the duration of the trip is endless.

With an excursion, you will have no problems since they will pick you up on a bus with Wi-Fi and take you directly to Niagara Falls, accompanied by a professional guide in SPANISH. You will also be able to board the Maid of the Mist to feel the power of the falls up close and even see Goat Island and Luna Island. Then, at night, you will enjoy the incredible light show of the falls.

GO TO NIAGARA FALLS FROM NEW YORK BY PLANE 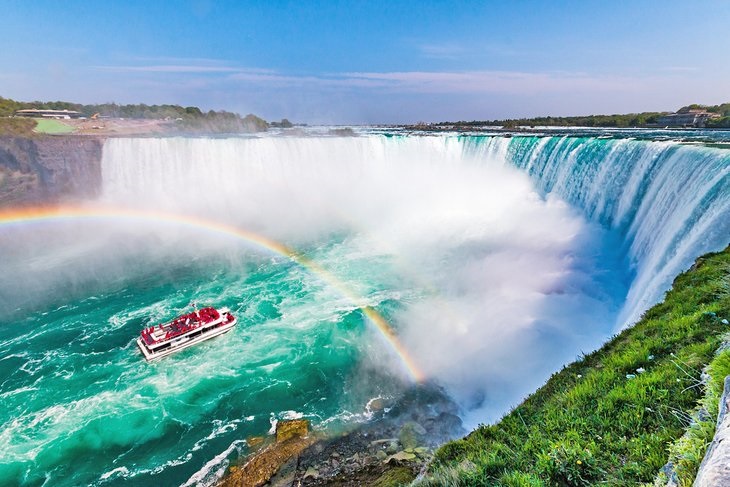 The plane is the fastest way to get to Niagara Falls from New York, but it is also extremely expensive, with the ticket hardly going below $ 600 at best. Daily flights depart from the different airports in the “City of Skyscrapers” that take just over 1 hour to reach Niagara International Airport, in the city of Buffalo, about 41 kilometers from the falls.

If you want to go to the Canadian part of the falls, something that I recommend, and you have a Spanish passport, you will not need a visa to enter Canada, only the passport with more than 6 months validity.

A shuttle from Buffalo Airport to Niagara Falls

One of the best options to get to the falls from the airport is the direct shuttle, which departs every hour from 8:15 a.m. to 5:15 p.m. All you have to do is go to “crosswalk 3” in the arrivals hall.
A rental car from Buffalo airport to Niagara Falls

One of the most comfortable options is to rent a car at the airport. This way you will have the possibility to explore cities like Toronto or Niagara-on-the-Lake. I recommend you book the vehicle with Auto Europe, one of the best car rental comparators.
axis from Buffalo Airport to Niagara Falls

If you are traveling 4 or 5 people, the taxi is a recommended option to get to the falls. They can also take you to both the Canadian and the American sides.

GO TO NIAGARA FALLS FROM NEW YORK BY RENTAL CAR 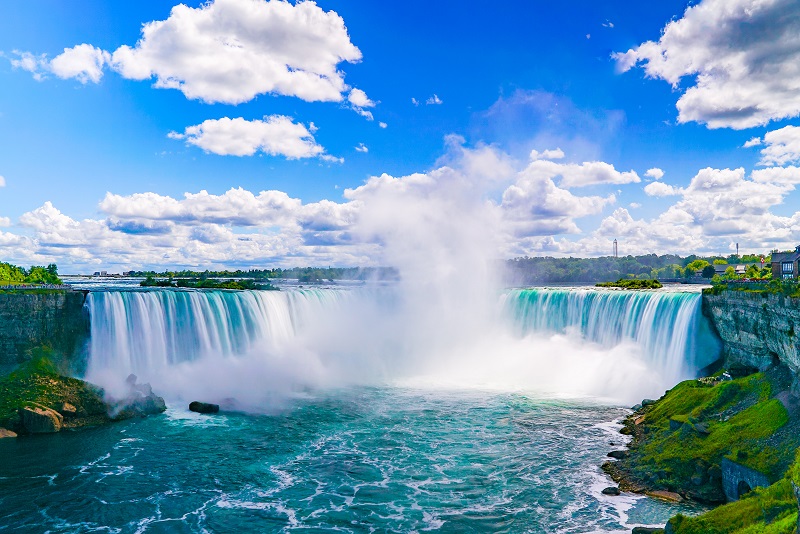 If you want to go to Niagara Falls from New York without rushing and on your own, the best option is by rental car. The ride is just over 6 and a half hours but you can stop at places like Watkins Glen State Park, Letchworth Nature Park or Seneca Lake.

GO TO NIAGARA FALLS FROM NEW YORK BY BUS

This is the most economical option to go to Niagara Falls from New York, although it may be the least comfortable since, along with the long duration of the journey, you will have to make several transfers.

You have two options:

GO TO NIAGARA FALLS FROM NEW YORK BY TRAIN 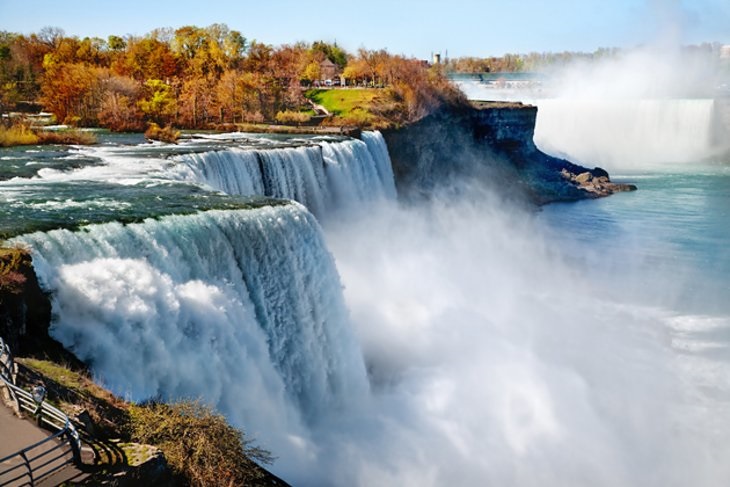 On more than one occasion I have told you that the American railroad network is far from the European one, the second being much better than the first. Although the train is one of the fastest ways to go to Niagara Falls from New York, since it takes about 9 hours, it is one of the most expensive with its price per trip starting at $ 70.