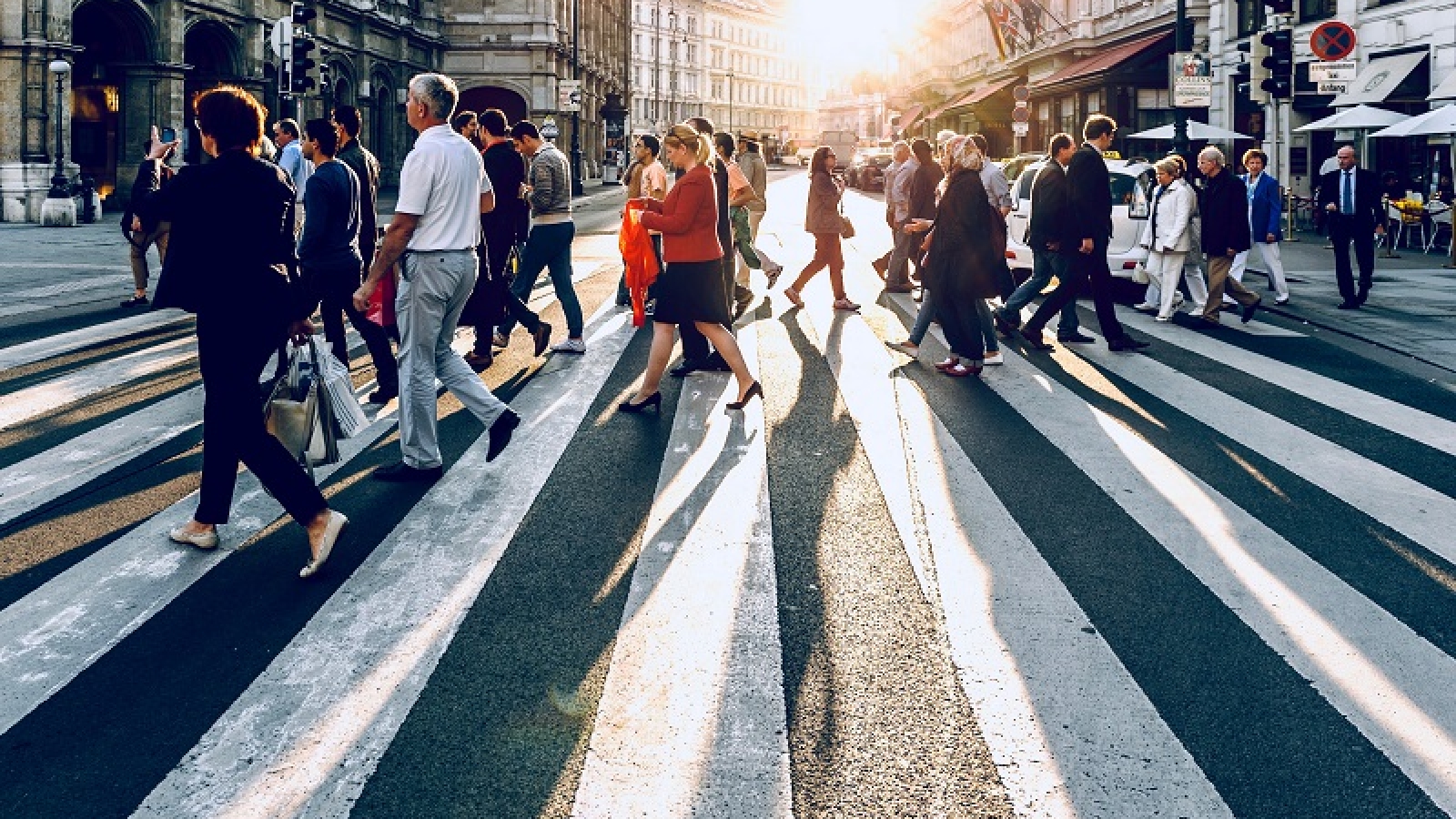 The character, in any case, is moldable thanks to the influence of other people and circumstances. There are many types of characters.

Not all people are equal, we differ both physically and in personality and behavior, for example, there are those who are quieter than others, while there are more outgoing people.

It is that touch of difference that makes us individual and unique beings, that which distinguishes us or by what we are recognized, but that develops over time and circumstances to take hold in something more solid.

This phenomenon is known as a character and everyone has their own, although there are slightly more global characteristics that we can share with other people. Therefore, in this article we will talk about everything related to human character and the types that exist, will you be able to identify yours?

What is the character?

It is possible to define it as the set of reactions, habits, and behaviors that are acquired since childhood and give that singular particularity of being individual. In addition, it becomes over time what we call ‘our way of being’ and influences the way we face everyday problems and adapt to the environment.

According to psychological studies and research, they have determined that character is influenced by the cultural factors of the society in which they live. Although many authors such as Freud, Lewin, Klages, and Lersch, have established the idea that character does not manifest itself definitively during childhood, on the contrary, it goes through a series of stages until it is completed at the end of the adolescence.

The types of characters

The character in ancient Greece 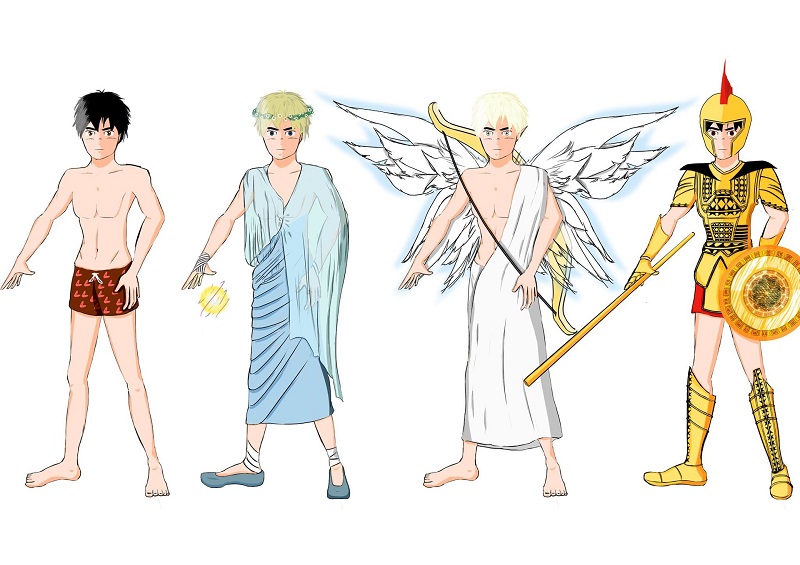 Throughout history different theories have emerged that seek to explain the appearance of the character, for example in ancient Greece, it was believed that body fluids were responsible for the character that a person had and classified them into the following.

A person with this type of character is calm and brave, being able to become selfish, distrustful, insolent and daring. They are passionate about work and money, they find it very easy to relate to others, they have liberal thoughts as far as the political is concerned and they have the facility to understand everything that is difficult and complicated.

This type of character defines an individual who adapts quickly to changes, is always in a good mood, although he often gets angry easily. They like the changes and go in search of new adventures. For this reason, discipline and patience are not in their vocabulary, this makes them active, outgoing, innovative and very talkative people.

People defined by this character are distinguished by being patient, persevering and methodical. They do not know how to make decisions because they think about the consequences of their actions. They are very intelligent, they take it easy, they are introspective and open-minded.

It refers to introverted, reserved and prudent individuals, they do not act lightly, on the contrary, their actions are done under a previous study of the situation. They love their family and friends, they are very sociable but they don’t look for adventure and risk.

Factors that influence the character

Experts have established that the character is able to change over the years thanks to various internal and external factors, then we will show you their hypotheses.

Many studies have shown that character does not have its origin in genetic inheritance, such as physical traits, for example, eye color, height, skin tone, or some diseases that are hereditary. Simply put the character is not inherited.

Education helps shape a person’s behavior. For example, a child can be very shy, but if he is taught tools that allow him to be more communicative, determined, expressive and increase his self-esteem, he will become a totally different being without any trace of shyness.

Belonging to a particular culture or environment can influence the way we react cognitively and affectively. There are behaviors that are predetermined by belonging to a social class such as social status and professional positions.

It exerts a great influence on the development of the character since it is in the family environment where various forms of parenting are practiced that serve as a model for children, at home the little ones receive gratifications or punishments according to their behavior and that is where they begin to mold the character.

According to these hypotheses, a person can change his character from one moment to another, and even on the same day. This is because an individual is able to experience more than one character according to the situation or circumstance in which he is involved.

Characteristics of the character

Although the scientific community does not agree one hundred percent in this section, many claims that there are 3 fundamental characteristics that determine character in people.

This refers to the disturbance produced by everyday situations. We are all touched in different ways, some react emotionally while others are less sensitive.

Which arises through the value we have to meet a need. An active person needs to act in the face of an obstacle. In the opposite case, a non-active individual gets discouraged very quickly and often abandons any struggle to overcome difficulties.

The effect that produces the different situations of daily life on a person. If the scenario occurs when the individual is at a time where emotion overwhelms him, he usually reacts quickly and categorically to the offenses, but soon forgets them. If, on the contrary, the mood of the individual is impaired when going through a difficult situation, he will act differently and not resolve the situation.

Know below the types of characters that exist and see if you can distinguish yours.

Those people with this type of characters are characterized by constantly changing occupations and interests, they tend to get excited about new ideas, but they only look for practical and comfortable. They are very disorderly, undisciplined and non-persevering individuals since their will is weak.

Another important aspect of this type of character is that higher mental attitudes such as understanding, memorization and logical reasoning that are very difficult for them, work only when the tasks coincide with their interests.

Individuals with this character tend to isolate themselves and prefer to live in solitude, easily intimidated. They are also known for being spiteful and not forgiving easily. Although they usually do their homework well done, they are discouraged from any eventuality.

Very strong feelings and emotions, whether positive or negative, are present in your life. They are very observant, evocative, obsessive, stubborn, idealistic and romantic people, they also do not accept changes and often do not accept themselves.

They are people who are always busy and love to do new things, but due to their impulses improvises and falls into the dispersion. When there is difficulty, this individual abandons everything as he quickly stressed.

He does not like group work, although he is very good at inventing, creating and organizing. He does not usually synthesize things and has little capacity to acquire new knowledge.

They are very good workers but are inclined to work alone, they tend to help their peers. They are very intelligent and have a great imagination. These types of characters stand out in mathematics and they are passionate about history and reading.

This types of characters are interested in the social, religious and political part since it has an altruistic behavior. They face obstacles without any fear and overcome them thanks to their work.

Their life focuses only on sleeping and eating, they are lazy by nature, unpunctual and wasteful. Although they present themselves to others as very sociable and communicative individuals. He is analytical but superficial, he runs away from work. He does not like to fulfill his tasks and is very messy.

They are extremely influential individuals because they lack the willpower to resist the suggestions of others.

They are very sad, apathetic and melancholic people, although they are also hostile and stubborn. Routine is their lifestyle because they are passive, lazy and indifferent; They lack stimulation and are not bright.

Their emotions are negative and persist constantly over time and they love being alone because they find it difficult to interact with other people.

This type of character is typical of ritualistic and routine people since they are very anxious because they tend to worry too much about the daily problems that although they are small, they see it very large.

This produces a negative effect on their mood since they are usually perfectionists, orderly, manic and with an exaggerated need to clean their environment and their own body.

They are individuals with extreme sensitivity to loud noises and odors. As well as to the criticisms made by other people, they are unable to make any kind of decision. They are highly empathic and are compassionate to others.