After the Second World War the world was forever changed. The horrors of the conflict that had destroyed Europe were not lost on the generations and there was a feeling that this time there would be something concrete in terms of change so that it could not happen again. A similar sentiment had been felt after the first world war but this time society would be different. There would be no return to the age of due deference. All the classes had bleed together and suffered together, the days of forelock tugging were over. This was confirmed when the Labour Party gained power and the war hero Churchill was ousted. 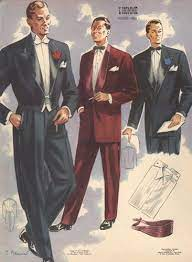 Men began to rebel. They wanted to sample the good life and they wanted to express themselves. The generation that had fought and died in the war watched as their sons began to enjoy the freedoms they had won. Teenagers suddenly found themselves with well paid jobs that they could have previously expected to have waited a good 6 or 7 years to move into. They suddenly had access to money and leisure time as working hours were reduced and the weekend was now the norm. 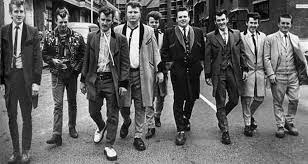 The Teddy boys were the first to have a distinctive look and feel. They had heard the latest Rock and Roll music coming out of the USA, a country that had found itself thrust into the position of the most prosperous and successful country in the world. Men wanted to be different to their Dads and Granddads, now they could. It’s why we have Ralph Lauren Menswear, himself a child of the time, like that from EJ Menswear.