Once a upon a time the land of the United States of America and Mexico and New Zealand were populated with Cowboys. We know this because we’ve been told all about it in films and books and television documentaries. At least we have in relation to the North American ones and the Mexican ones come into it from time to time when the Cowboys need some one to get annoyed about. There has also always been an argument amongst Cowboys about who is the best one. Out on the range they had several long and deep psychological conversations about this and they decided there was only possible course of action to clear this situation up that didn’t involve gun play which was another factor of the wild west. The obvious answer was staring them in the face, the best way to sort it out was to try and ride the wild cows in front of them until the got thrown violently off. If one of them had a watch (which was unlikely as they really didn’t have a need for one) and they could time it. 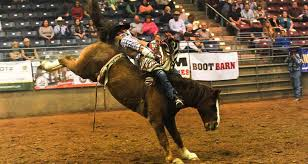 The only problem with this competition, apart from the chance of a serious injury and danger of death, was that only the other Cowboys around them could see the result. So, when they rode back into Tombstone or whatever and started to boast about their achievement in the local saloon no one believed them. You can also recreate this wonderful experience of being chucked of a bucking cow by hiring a Rodeo Bull Manufacturer like the ones that you can get at http://www.gsrodeobulls.com/ The organisers will provide you with some nice crash mats and inflatable cushions so that you don’t injure yourself like the Cowboys did. 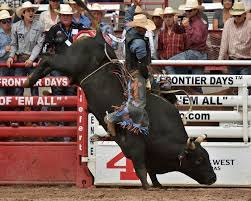 The Cowboys had a way to show who was the best, but they now needed a way to validate that success and so the Rodeo was born. This was a way that they could showcase their Cowboy skills in front of all their peers. They demonstrated the use of the Lasso and the ability to rope a steer or net a Cow. The most exciting part was getting on a wild horse like a Mustang or a wild bull and trying to stay on it long enough to either impress everyone or even better still the animal gives up and become docile. Not all of this is strictly true,  especially the origins part  but the premise is generally there. They still go on today much to the annoyance of animal rights campaigners.