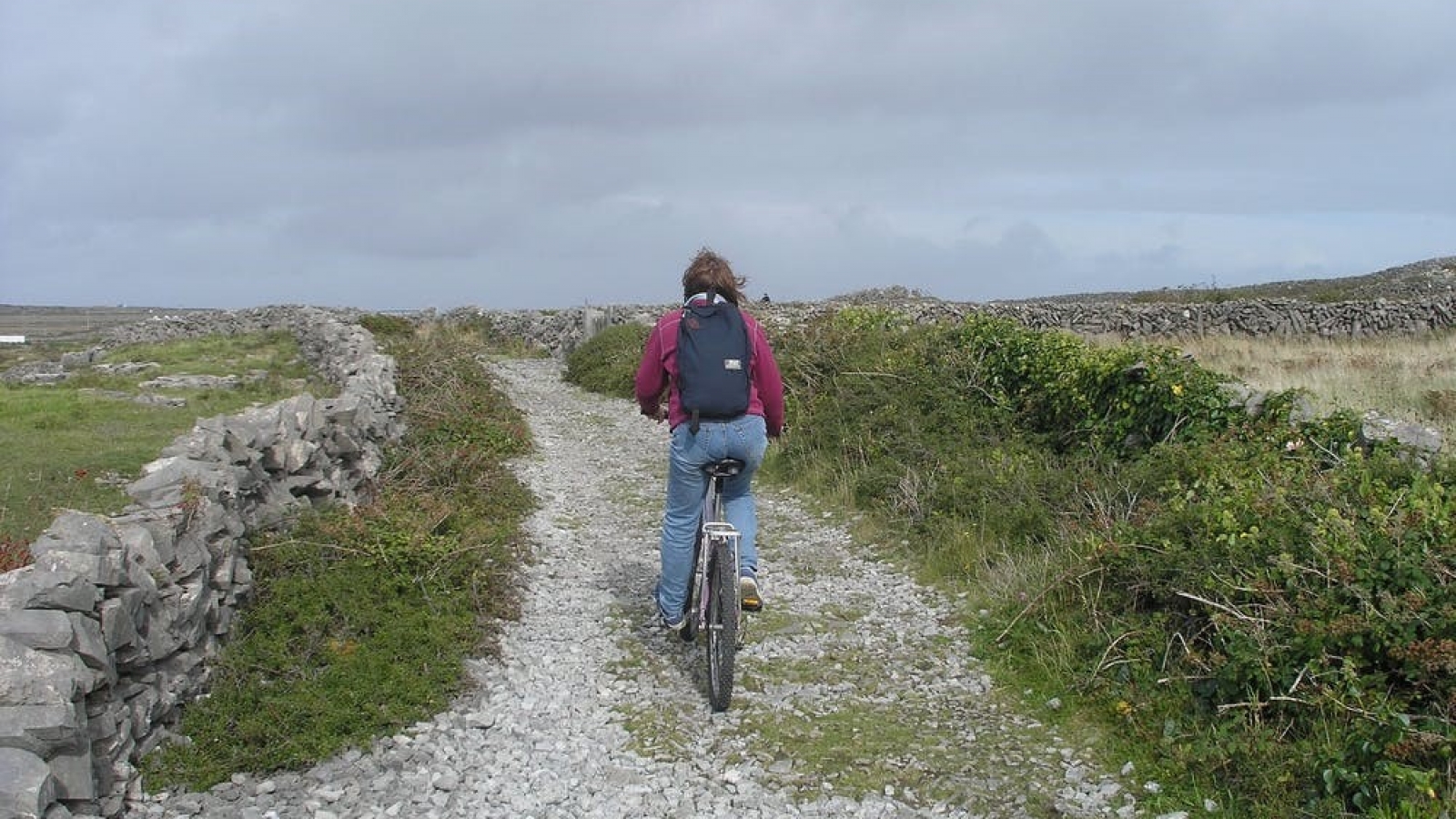 Off the west coast of Ireland, in view of the beautiful counties of Galway and Clare, lie the three jagged, enigmatic islands of Aran. Distinctively charming, this small grouping is a beacon of true Irish tradition, steeped in the ancient past and a doorway to rugged natural beauty that’s unlike anywhere else. 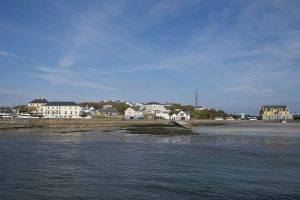 Explore the remote and beautiful mysticism of the three islands with a walk along the Aran Way, taking in Inis Mór, Inis Meáin and Inis Oírr. From rugged clifftops weathered by the Atlantic, wildflower-covered grasslands to white sand straights, the outstanding beauty of the islands is breathtaking in all elements. Experiencing the history of the island on foot allows for an unparalleled perspective of sights such as the ancient World Heritage site, Dun Aonghasa, set on a dramatic 300 ft cliff edge. It’s also the perfect opportunity to meet the thriving community that live there today.

Immerse yourself in the unique Irish experience of haunting airs from the rich sean nos heritage of Aran, played by the finest traditional musicians, whilst watching the raw talent of the islands’ classic hard shoe dancers. Gaelic for urge or desire, the show captures the vibrancy of authentic island life. 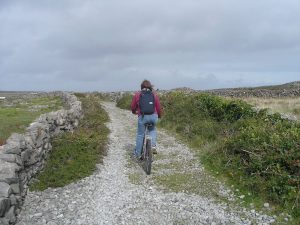 Ionad Arann – Aran’s Heritage Centre in Kilronan introduces visitors to the traditions, culture and landscape of Aran. Giving an insight into the community, happy and thriving despite harsh island life. The national dress of the islanders is displayed here, examples of the intricate knitting style synonymous with Aran sweaters are exhibited, as still seen today on sites such as Shamrock Gifts.

Ionad Arann has information on Dun Aengus and other island forts which were built approximately 2,000 years ago. It also has a history of the islands’ other forts, monasteries and churches, as well as information about many successful local writers and artists.

Island life was always self-sufficient, centred around the rough open Atlantic seas as a source of food, but also a source of danger. In calmer weather, traditional open canoes called Currachs would night fish under the Cliffs of Moher. Used inshore nowadays, tending lobster-pots or built with a modern day variation for racing at the many Cruinnithe, or local regattas, the fisherman cannot wear conventional shoes in the stretched fabric vessels, so calf-skin moccasins called pampooties are worn.